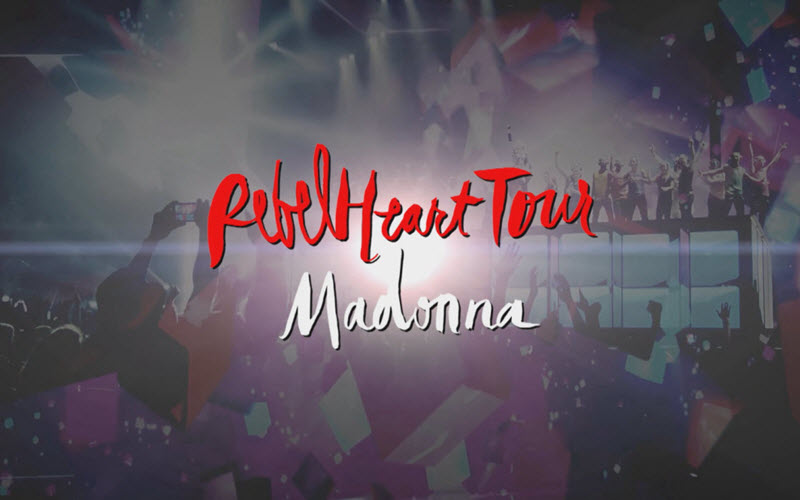 Madonna’s Rebel Heart Tour started in September 2015 in Montreal, Canada and travels around the globe until March 2016 where the tour ends in Australia. David Kaye narrates the promotional videos for the tour stops. “The Rebel Heart Tour is Madonna’s first outing since 2012′s MDNA Tour and, as with every Madonna production, the concert is a massive all-out explosion of song, dance and depravity with vague social commentary, proving for the umpteenth time that Madonna is, was and truly always will be the Queen,” said PopCrush.