David Kaye Voiceover for the #1 Movie in America

The Secret Life of Pets is the #1 movie in America generating $103.2 million from 4,370 theaters at the North American box office. David Kaye has been the trailer voice for the promotions for the movie. The movie is the No. 6 opening ever for any animated film. We think part of the success comes from David’s voiceover moxie. Hear David on the latest promotional release.

David Kaye has been the trailer voice for the promotions for The Secret Life of Pets which opens July 8th, 2016. It’s a comedy about the lives our pets lead after we leave for work or school each day. The film stars Louis C.K., Eric Stonestreet, Kevin Hart, Steve Coogan, Ellie Kemper, Bobby Moynihan, Lake Bell, Hannibal Buress and Albert Brooks.

David Kaye voices the promotion for Kung Fu Panda 2 on the FX network.

David Kaye plays the parrot in the new Geico commercial. It’s hilarious. Here’s a description of the commercial from ispot.tv: ” If you’re a parrot, you repeat things. Sadly, if you own a parrot and your parrot repeats things, you might find yourself in hot water. A pirate captain ends up in just this predicament when he and his crew take over a ship. The captain threatens the ship’s owner and says he will steal all his money, which the parrot repeats. But when the parrot continues saying things the captain said in the past about hiding the booty from the crew and calling them all morons, mutiny looms. GEICO thinks that repeating things is just what you do when you’re a parrot. The insurance company also believes that they could save you money on car insurance.”

David Kaye performs a promotional spot for the Barbra Streisand tour. Barbra reaches the Staples Center in Los Angeles on August 2nd, 2016. Go to BarbraStreisand.com for more information on the tour. Watch the promotional spot below.

The “Secret Life of Pets” In Theaters July 8th

David Kaye is the trailer voice behind the Secret Life Of Pets theatrical campaign. The movie, opening July 8th, is about the lives our pets lead when people aren’t around. The promos are showing on network television and can be seen on YouTube.

David Kaye To Be Featured at TFExpo 2016 Celebrating Transformers

TFExpo is a fan-created convention celebrating Hasbro Inc’s “Transformers” toy brand.​ This year the show will be on August 5th and 6th in Wichita, Kansas! David Kaye will be a featured guest at the convention. From TF-Expo.com: “Also visiting TFExpo for the first time, David Kaye is best known to Transformers fans as the sinister Megatron in Beast Wars and Beast Machines. With a credit as Optimus in Transformers Animated and several other characters in various other TF shows, David has one of the most impressive Transformers resumes out there. Also known as the voice of Clank in the popular Ratchet and Clank series, David has fans from his work in Inuyasha, Dragon Ball Z, X-Men Evolution, Gundam Wing and MANY more cartoons and video games, David is one busy guy. His voice can also be heard on the popular Last Week Tonight with John Oliver. David will be speaking and signing autographs throughout the day on Saturday.”

David Kaye voices a hilarious segment on Last Week Tonight with John Oliver. John Oliver attacks the bunk passed off as real science. How can a glass of wine be as good for you as an hour at the gym?

Here’s a movie clip from the Ratchet & Clank movie showing the birth of Clank. Clank, as you know, is voiced by David Kaye.

During his busy days being a movie star with “Ratchet and Clank,” David Kaye narrated a new promotional trailer for Train. The San Francisco based band is touring this summer.

Be sure and head out to the theater to see “Ratchet and Clank.” Our own David Kaye stars as Clank along side James Arnold Taylor as Ratchet. Here’s David and James doing a media day for the movie.

Follow David Kaye and James Arnold Taylor as they do media for “Ratchet and Clank.”

“Ratchet and Clank” In Theaters This Friday!

“Ratchet and Clank” is in theaters this Friday, April 29th, 2016! Starring our own David Kaye as Clank it promises to be a fun and entertaining experience.

Based on the PlayStation video game franchise, Ratchet and Clank tells a story about two unlikely heroes who join forces to stop a vile alien named Chairman Drek from destroying every planet in the Solana Galaxy. Ratchet is the last of his kind, a foolhardy ‘lombax’ who has grown up alone on a backwater planet with no family of his own. Clank is a pint-sized robot with more brains than brawn. When the two stumble upon a dangerous weapon capable of destroying entire planets, they must join forces with a team of colorful heroes called The Galactic Rangers in order to save the galaxy. Along the way, they will learn about heroism, friendship, and the importance of discovering one’s own identity. 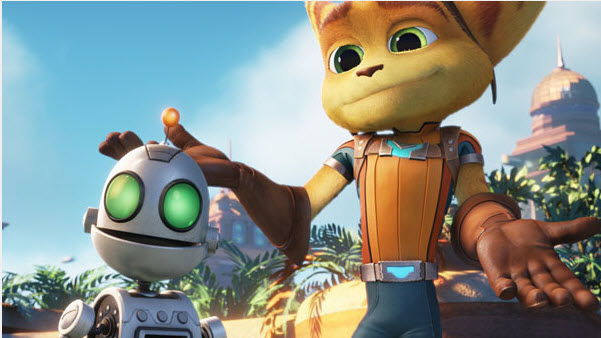 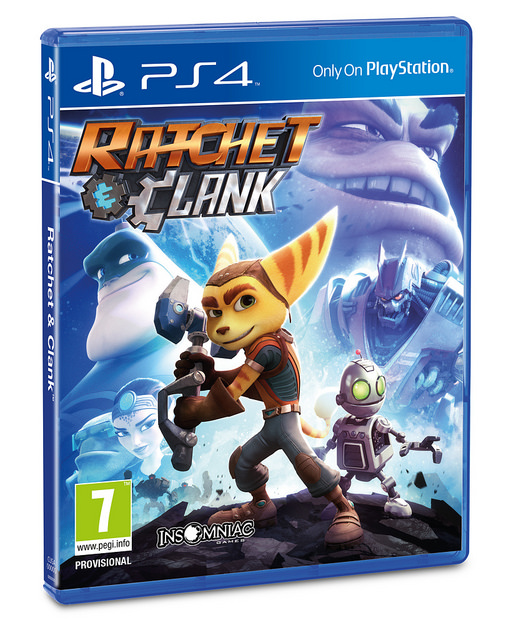 BotCon 2016 was held in Louisville, Kentucky April 7-10. David Kaye attended the event and was a guest speaker and panelist. He was also inducted into the Transformers Hall of Fame. David voiced a promotional piece as Megatron. “You see, for this shall be the rise of Megatron! Yeeessssss.”

David Kaye Inducted into the Transformers Hall of Fame

David has been a part of the Transformers family for twenty years. He was cast as Megatron in 1996, in the series Beast Wars. David was the “Decepticon” Megatron from the Armada series. He played Optimus Prime for Cartoon Network’s “Transformers: Animated” and became the only actor in the history of the franchise to play the lead villain and the lead hero. Congratulations on your induction David! 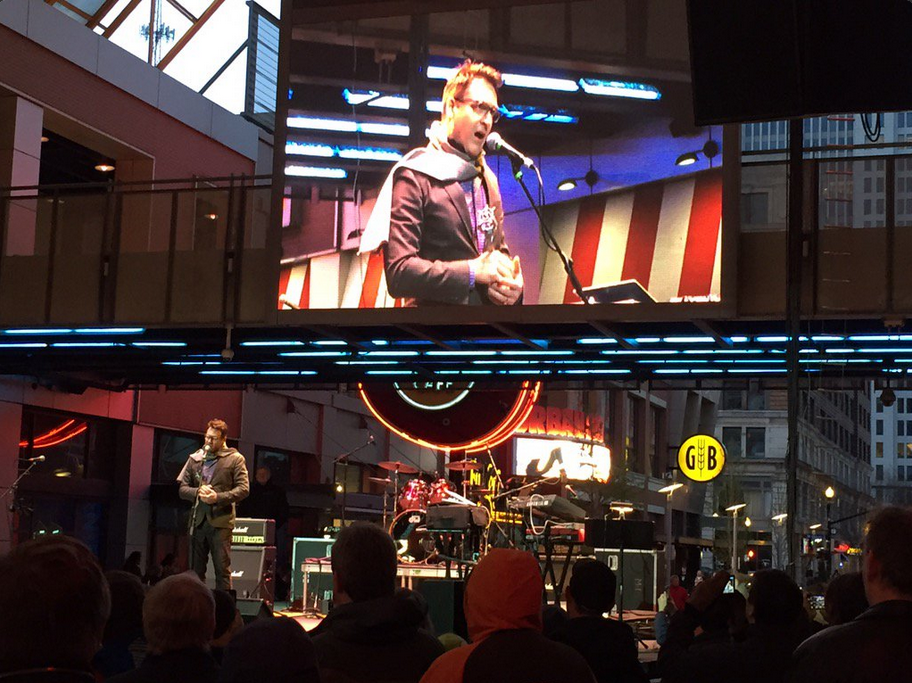 The Ratchet and Clank Panel at WonderCon 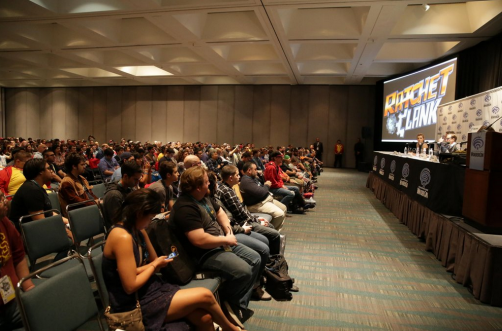 David Kaye was a recent guest on the Dave Hines Show on IHeartRadio. His segment starts around the 2:20 mark.

Botcon 2016 will be in Louisville, Kentucky from April 7 thru April 10. David Kaye is a special guest for the Beast Wars 20th Anniversary Panel on April 8th.

A new website for the Ratchet and Clank movie is now live. The movie reaches theaters on April 29th, 2016. James Arnold Taylor is the voice of Ratchet and David Kaye stars as Clank. Visit the website by clicking the link below:

Ratchet and Clank at Wondercon

David Kaye will be part of a guest panel at the Wondercon convention for the new Ratchet and Clank movie. Ratchet and Clan the movie hits theaters April 29, 2016. David stars in the movie as the voice of Clank. The panel also features director Kevin Munroe, Bella Thorne (voice of Cora), James Arnold Taylor (voice of Ratchet) and producer Brad Foxhoven. The panel is moderated by Tiffany Smith.

David Kaye narrates the short film Shooting an Elephant based on the short story by George Orwell. “a young British imperial policeman in Burma is given the no-win mission of handling a rogue work elephant, only to find that the role he is destined to play is that of public executioner.” The film will be shown at the Tribeca Film Festival in April, 2016. 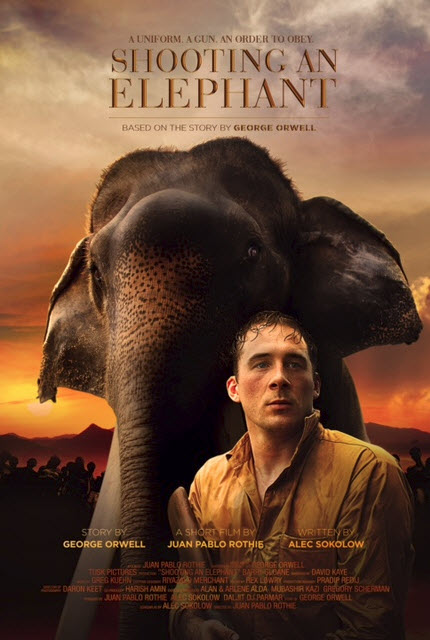 David Kaye was a featured speaker at VO Atlanta on Saturday, March 5, 2016. He was on the animation panel that also featured Bill Ratner, Everett Arthur Oliver and Marc Graue. 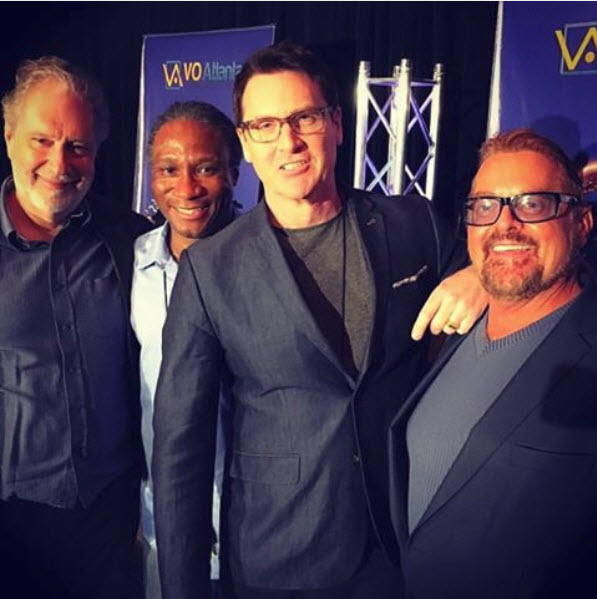 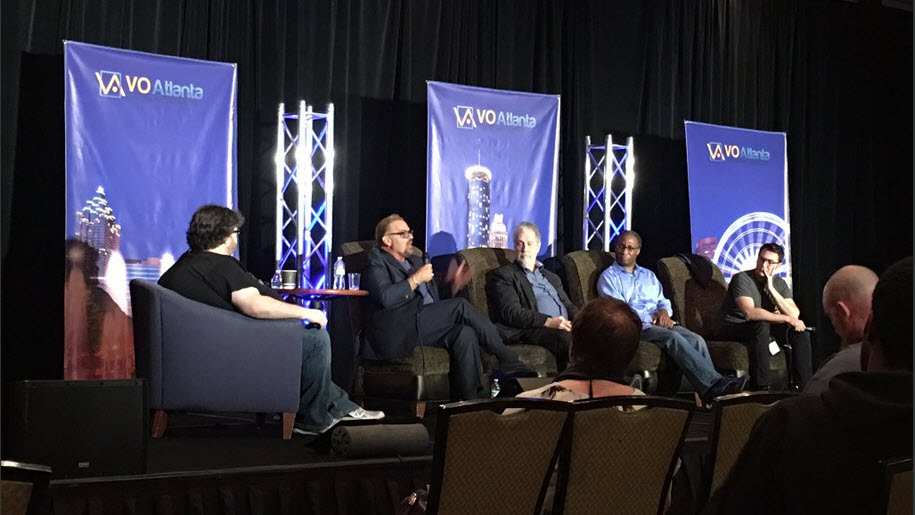 David Kaye voices more characters on the “Regular Show” on the Cartoon Network. This episode is called “Gary’s Synthesizer. David is Reginald the giant baby as well as a couple of other characters. View the video on Facebook – Gary’s Synthesizer David Kaye puts his voice talents to work on the “Regular Show” on the Cartoon Network. Below is a clip of the episode “Guys Night” from Season 4. David plays the muscle bound guy with the motorcycle tattoo on his chest. Most episodes of “Regular Show” last about 11 minutes and episodes are strung together to create a half-hour show. The show is in its seventh season and has been nominated for several awards including two Annie Awards and four Primetime Emmy Awards.

The People vs OJ Simpson

David Kaye narrated a series of promotional spots for the FX feature “American Crime Story: The People vs OJ Simpson.” Watch the promo below.

David Kaye’s voice work was featured in not one but two Super Bowl 50 commercials. First he could heard as the bald eagle narrating the Jack in the Box commercial “Declaration of Delicious.” You can hear the spot below in a previous post. He could also be heard in the latest spot for the movie “The Secret Life of Pets.”

David Kaye is the voice of the bald eagle for another teaser for Jack in the Box for Super Bowl 50. 2016 Jack in the Box Commercial—Double Jack™—“Declaration of Delicious”

David Kaye is the voice of the bald eagle for the new Jack in the Box commercials for Super Bowl 50. Check it out below or you can watch the teaser on YouTube. 2016 Jack in the Box Official Eagle Teaser—Double Jack™—“American.”

The People v. O.J. Simpson: American Crime Story on Tuesday night premiered to 5.1 million total viewers and a 2.0 demo rating, marking FX’s highest-rated drama debut since The Shield. David Kaye did the voice over work for the promotional spots on FX for the show. 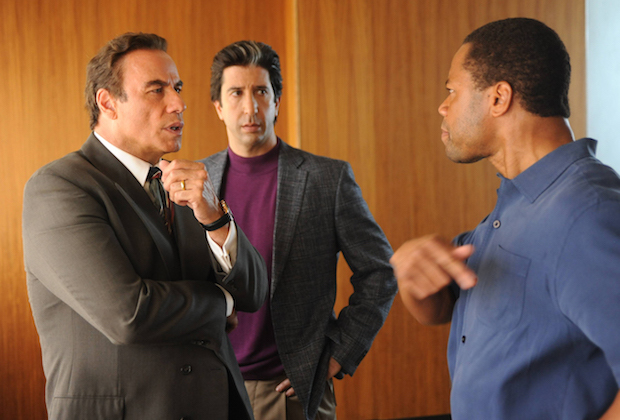 David Kaye is a special guest at BotCon 2016 in Louisville, Kentucky April 7th – 10th. David has had a twenty year relationship with the “Transformers” franchise. David was first cast as Megatron in 1996, in the hugely popular series Beast Wars that ran for three seasons. In 2007, David became the only actor in the history of the franchise to play the lead villain and the lead hero when he was cast as Optimus Prime for Cartoon Network’s “Transformers: Animated.”

David Kaye is a presenter at the voice over conference VO Atlanta in March. 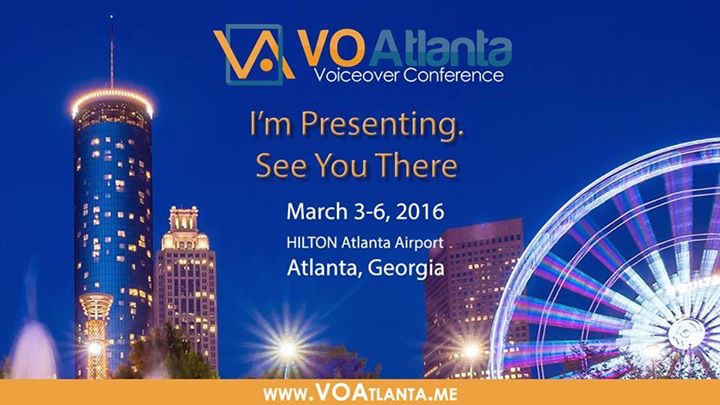 The Modern Family juggernaut keeps on rolling with Season 7, Episode 11 showing on January 13th. Modern Family is ABC‘s top-rated TV series in the 18 to 49 demographic. It averages nearly 9.5 million viewers an episode. It stars Ed O’Neill, Sofía Vergara and Julie Bowen. The series has already been picked up for syndication. The website at www.modernfamilynightly.com was launched to help viewers find Modern Family in their area. Take a look back at a promotion for Modern Family Nightly

With the passing of David Bowie, LG104.3 in Vancouver, British Columbia is playing the hits of some of the greatest pop stars of all time. Remember the Greats starts this weekend on LG104.3. David Kaye is the voice of LG104.3. Listen to him narrate the promotion for Remember the Greats by clicking below.

David Kaye continued his voice over work for Fox Sports 1. He narrated a spot promoting the UFC 195 Preliminaries. The spot focused on Michael McDonald vs Masonari Kanehara. 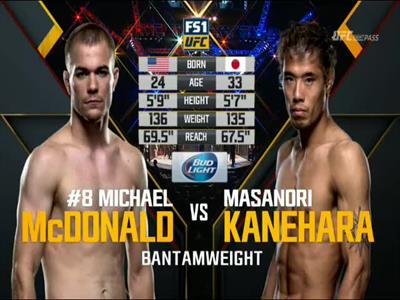 David Kaye is a voice-over specialist for KGTV Channel 10 in San Diego. He recently voiced a spot for The Now San Diego which airs on Channel 10 at 4:00 pm. Founded in 1953, KGTV is a leader in local news with nearly 40 hours a week of locally produced newscasts.

John Travolta stars as defense attorney Robert Shapiro in the new FX miniseries The People v. O.J. Simpson: American Crime Story. Travolta is also a producer on the series. David Kaye narrates the promotions for the miniseries. The series looks at the O.J. Simpson trial from the lawyer’s perspective and shows the behind-the-scene action during the trial. The miniseries also stars David Schwimmer, who plays Robert Kardashian, Cuba Gooding Jr, who portrays Simpson; and Sarah Paulson, who plays prosecutor Marcia Clark.