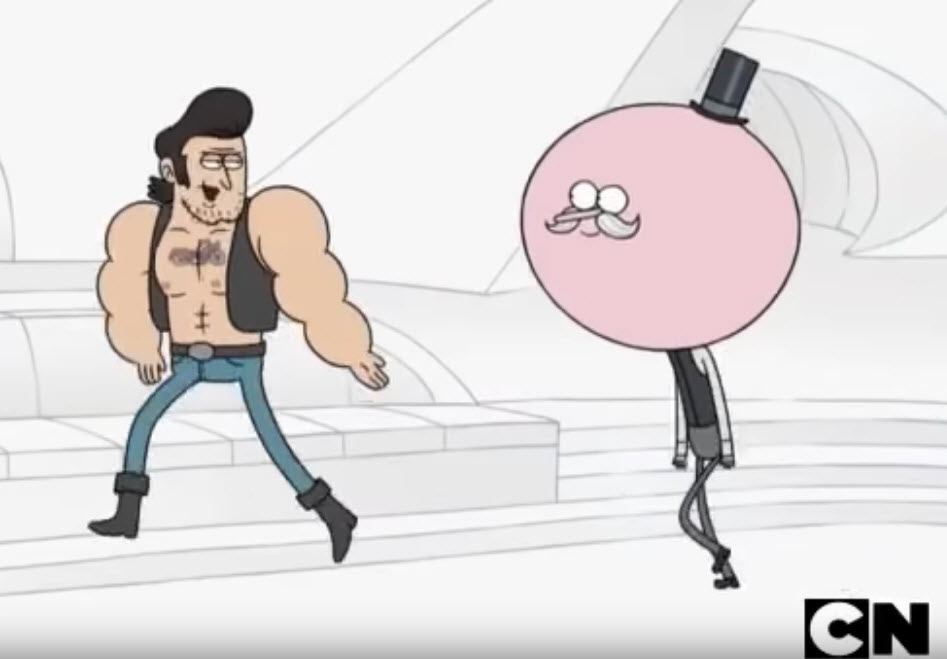 David Kaye puts his voice talents to work on the “Regular Show” on the Cartoon Network. Below is a clip of the episode “Guys Night” from Season 4. David plays the muscle bound guy with the motorcycle tattoo on his chest. Most episodes of “Regular Show” last about 11 minutes and episodes are strung together to create a half-hour show. The show is in its seventh season and has been nominated for several awards including two Annie Awards and four Primetime Emmy Awards.