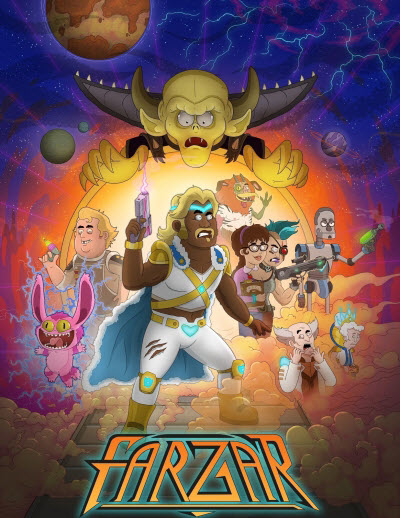 On May 31st Netflix announced the voice cast for its new animated sci-fi comedy series Farzar. The series is an outrageous sci-fi comedy that follows Prince Fichael and his crew as they venture out of their domed human city to fight the evil aliens that want to kill and/or eat them. As they begin their journey, Fichael quickly discovers that all is not what it seems, and he may be living a lie.  David Kaye is Barry Barris, the greatest scientific mind on Farzar… until his nervous breakdown. Other voice actors include Lance Reddick, Dana Synder, Jerry Minor, and Kari Wahlgren. No release date has been provided for the 10-episode first season.